Fishing Simulator is a fishing skills game that you can practice within your house to catch much fish as possible as you can. In this Roblox game, you can do many things such as visit islands, chase sharks, and buy boats. Especially, you can update your fishing equipment, as well as customize your aquarium. 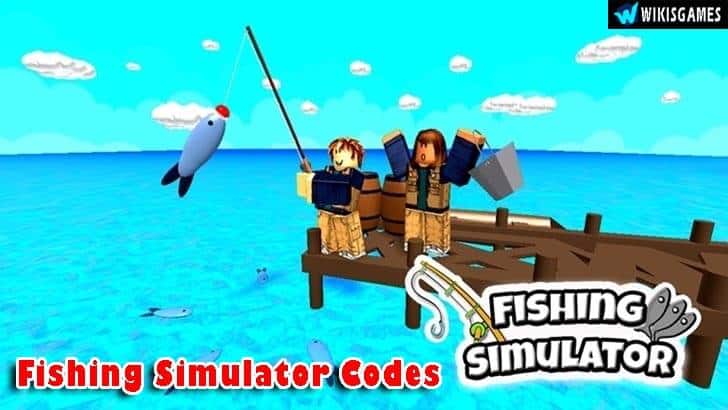 There are many tricks that you can use in this Fishing Simulator game. With these tricks, you can access many different items and gadgets that can make your game easier to play. Moreover, it can boost your character’s success. A list of Codes for Fishing Simulator is given here:

How To Redeem Codes in Fishing Simulator?

To redeem Roblox Fishing Simulator Codes is so simple and easy. To do it, just follow this instruction. Firstly, Copy one of the codes from the list above. Secondly, Paste those codes into an “Enter Codes Here” box. Check your codes properly, and then click on the green button “Redeem”. Enjoy your reward.

Where are good places for fishing in a fishing simulator?

How To Make Your Own Outfit in Roblox

How To Get Gems in the fishing simulator?

Like the other games, Fishing Simulator has its own currency which is called Gems. Gems are the main currencies in the fishing simulator. You can use it to purchase specialized equipment and many objects such as the Torch and the Boat Warp Orb.

Raygan’s Repeatable Quests should be completed to obtain gems. It will create a random quest for you to complete, with a random variety of gems as a reward. And it will reset within 30 minutes.

What is the best way to get gems?

Boats are the main feature of the game which you can use to catch ‘Ocean’ fish, explore islands, and hunt sea creatures.